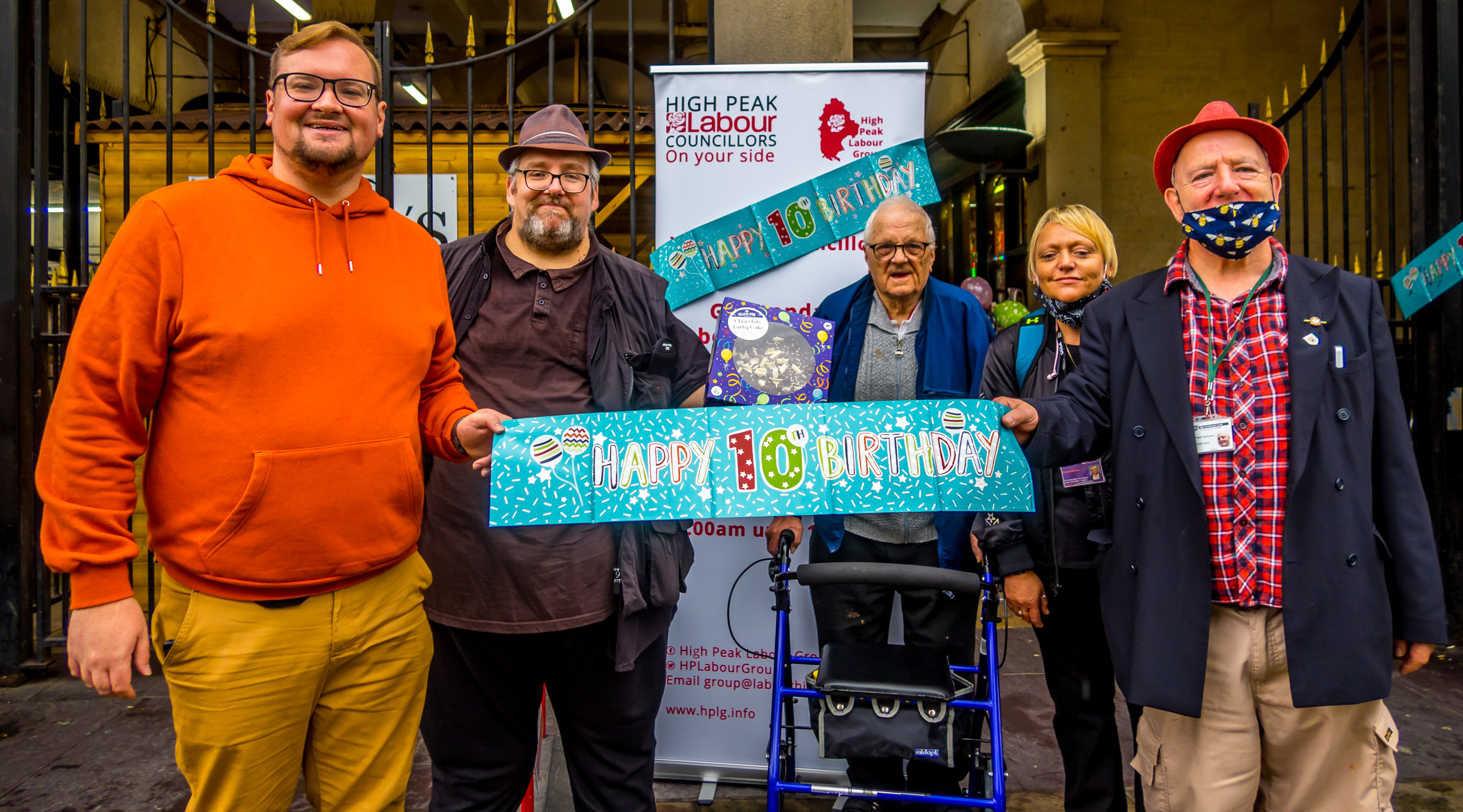 The idea behind the surgery when it first started was that instead of local’s having to come to us, in Church Hall’s, Libraries or some of the other places that we used to hold surgeries and that you probably wouldn’t be visiting. We would instead hold them somewhere you’d be passing as you might be out whilst shopping or just passing through the town, and by bringing together a number of local councillors from across Glossopdale, we would hopefully be able to answer almost any query that comes up – or at the very least be able to point you in the right direction if its not something we can resolve.

Initially, the Councillors Shoppers Surgery ran on the last Saturday of every month except August and December but has since been changed to run every month but December, and whilst there were some months during the recent pandemic where we couldn’t run, we switched to online surgeries instead as an alternative, but happily we’ve been back in our usual location for the last few months.

Over the years, in both rain and shine, and sometimes all four seasons in one day, we have had a wide range of queries and issues to take up covering everything from dog fouling problems to housing repairs, and even on a few occasions unusual issues like zoo licences and much more. If you have an issue you think we should be working on, but you are not sure if it’s something we do, why not have a look at our Local Councillor’s – What can we do for you ? page by clicking here